Chronicle of the way to Saint James 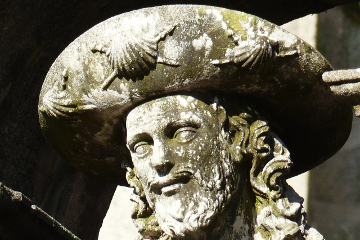 Chronicle of the Saint James

The way of the GR 65 leaving from Le Puy-en-Velay (Via Podiensis) is describes since the 12th century.

It’s one of the 4 major way of Saint James (with Paris, Vézelay and Arles) to reach the Spanish shrine of Santiago de Compostela. The pilgrims used to come to this Galician land to honor the relics of the Christ, martyred in 44 in Palestine.

It’s on the 10th century that the bishop Gothescalk was the first pilgrim to travel to Santiago de Compostela. He decided to reinforce the link between the Marian city of Le Puy-en-Velay and the Spanish shrine, by doing build, in 962, a chapel dedicated to Saint-Michel on the volcanic rock of Aiguilhe.

The appeal of the city of Le Puy-en-Velay increased during the following centuries, the city and its cathedral attracting millions of pilgrims who came to pray the statue of the Black Madonna. Some of them then traveled the 1 600 kilometers to Santiago. And it is this link between the two pilgrimage shrines, which still constitutes the peculiarity of this way of Saint James.

Since 1998, the cathedral of Le Puy-en-Velay, the General Hospital of the city and some sections of the path between Le Puy and Ostabat, have been designated a UNESCO World Heritage Sites, accentuating the reputation of this itinerary.